enliteAI @ the first AI Inside Summit

Last week we had the honor to join the AI Inside Summit, so far Austria’s largest executive event for AI and machine learning.
Posted on
in
Events 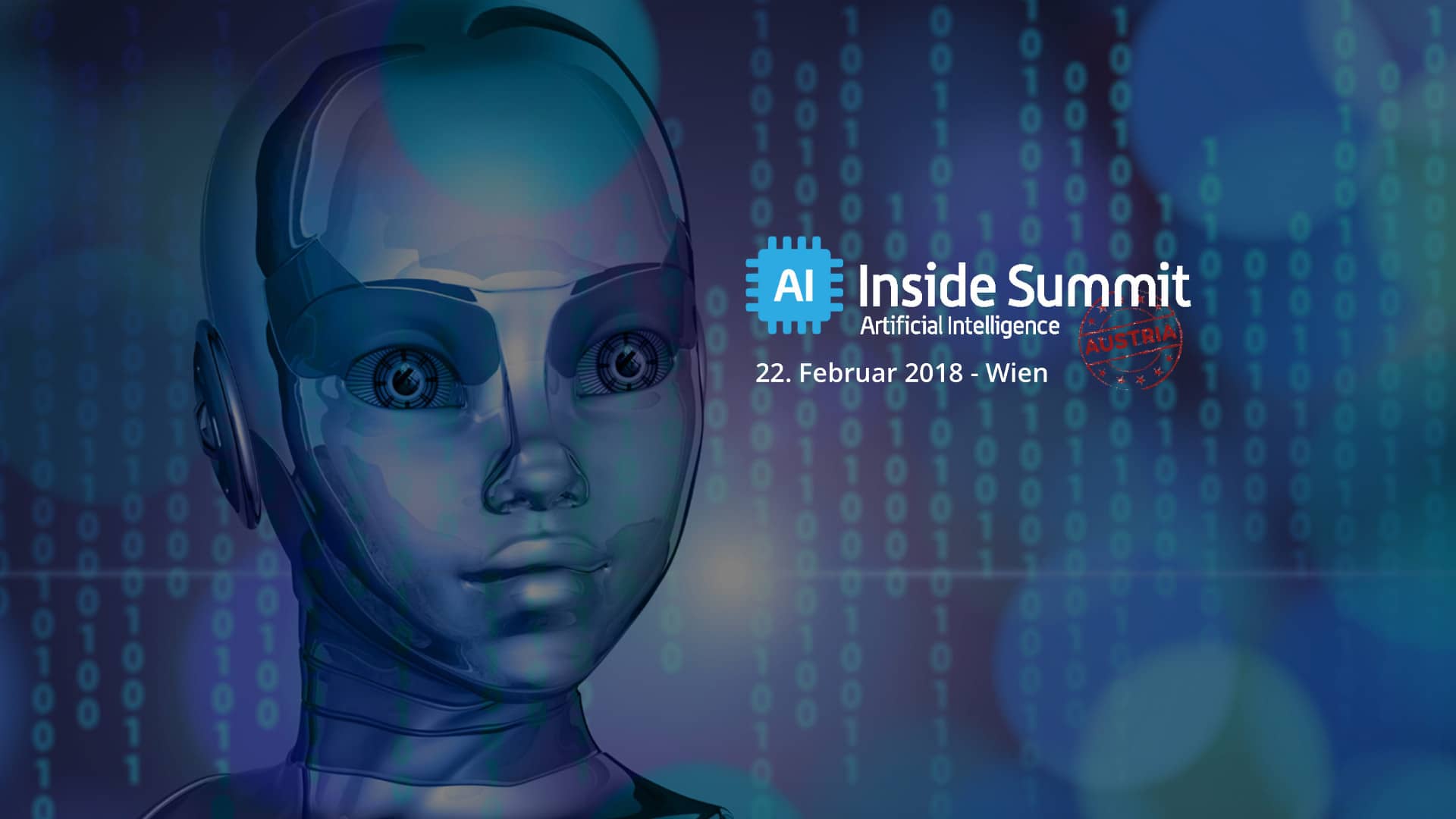 AI is the defining topic of our time, so it comes as no surprise that not only corporations, startups and universities are attracted by this matter, but also professional event organizers such as ÜBERALL Scene, the organizer of the first AI Inside Summit.

In her opening speech, Ms. Sindy Amadei, CEO of ÜBERALL Scene and the host of the event, laid out her vision for the summit: Providing a professional platform for Austrian top executives to exchange ideas and share their experiences in Artificial Intelligence.

The first keynote was given by Prof. Bruno Buchberger from JKU Linz, one of the godfathers of AI in Austria. Refreshingly, Prof. Buchberger didn’t provide just another overview of AI and its potential, but rather explained how the definition of what comprises intelligence keeps shifting.

“People tend to define intelligence as something a machine can’t do, e.g. playing chess in the 1980s. Once a machine is able to beat us, we just move the goalpost. Even today, after AI has beaten the best human player in “Go”, people quickly put the achievement into perspective and claim that playing a game has nothing to do with real intelligence.”

Another main topic of his speech was the necessity to attract global talent in MINT subjects and machine learning in particular towards Austria in order to stay competitive.

In the second keynote, Mr.Antonio Alvarez from Amazon Web Services (AWS) gave insights on Amazon’s vision for Machine Learning in the cloud. The key takeaways were:

The third keynote was given by Clemens Wasner, CEO and founder of enliteAI, on the State of AI in Austria. In his speech, Clemens provided a historic overview on AI in Austria, starting from the first research institutions up to Sepp Hochreiter’s seminar paper on LSTMs and put them into context of global AI milestones.

While Austria might not be a leader in AI research, such as the US or Canada, it is among the best when it comes to applying AI to industrial use-cases. He also used the opportunity to present version 2.0 of enliteAI’s AI Landscape, featuring not only more than 100 companies, research institutions and universities, but also a detailed insight on
locations and investments. If you are interested in the presented slides, drop us a line!

In the following sessions, the format switched from keynotes to AI masterclasses, in which AI experts gave their insights on how to solve real world problems with AI:

No AI event would be complete without startup pitches - and the AI inside summit didn’t fail to deliver on that promise. The CEOs of two Austrian startups Frux.io (Patrick Kirchmayer) and Tablet Solutions (Benjamin Schwärzler) were invited to give a 7 minute pitch on their respective companies. Frux.io is building an AI-powered CRM solution which allows for hyper-targeting during the sales process. The system is smart enough to identify upcoming sales prospects from news entries and company press releases.

Tablet Solutions has developed the support tool “Workheld” for field workers in maintenance. What makes their solution particularly interesting is a clever combination of highly customized standard solutions, such as Microsoft’s Cortana, which allows for a totally new user experience.

After a short break, the summit continued with a podium discussion on “How should Austria embrace the future trend AI”. The diversified panel featured venture capitalist and serial entrepreneur Berthold Baurek-Karlic, Christian Rupp from the Austrian chamber of commerce, Viktoria Pammer-Schindler from Austria’s leading research center for applied AI (Know-Center Graz) and Joachim Klerx from the Austrian Institute of Technology (AIT).

Prof.Buchberger served as a moderator and did a fantastic job of balancing the academic, ethic, business and societal aspects of Artificial Intelligence. All podium participants shared Prof.Buchberger’s view that in order to stay competitive, Austria needs to step up its efforts in motivating students to study MINT subjects and attract global talent. Messiers Baurek-Karlic and Mr.Rupp also stressed the importance of introducing competitive regulations in startup-financing and data protection to avoid a talent drain from Austria to other, less regulated countries.

The final presentation of the day was given my Michael Katzlberger from Austrian multimedia agency Tunnel 23. Katzlberger is no stranger to AI and has been an AI evangelist within the advertising industry for a long time. The highlight of his presentation was a poem, which was entirely written by an inhouse-developed neural network. Tunnel23 submitted the poem to a German literature competition who, not knowing that the text was not written by a real person, included the text in their yearbook for German poetry 2018.

All in all the event was very well received among both presenters and guests. It will be interesting to see how next year’s summit will develop. 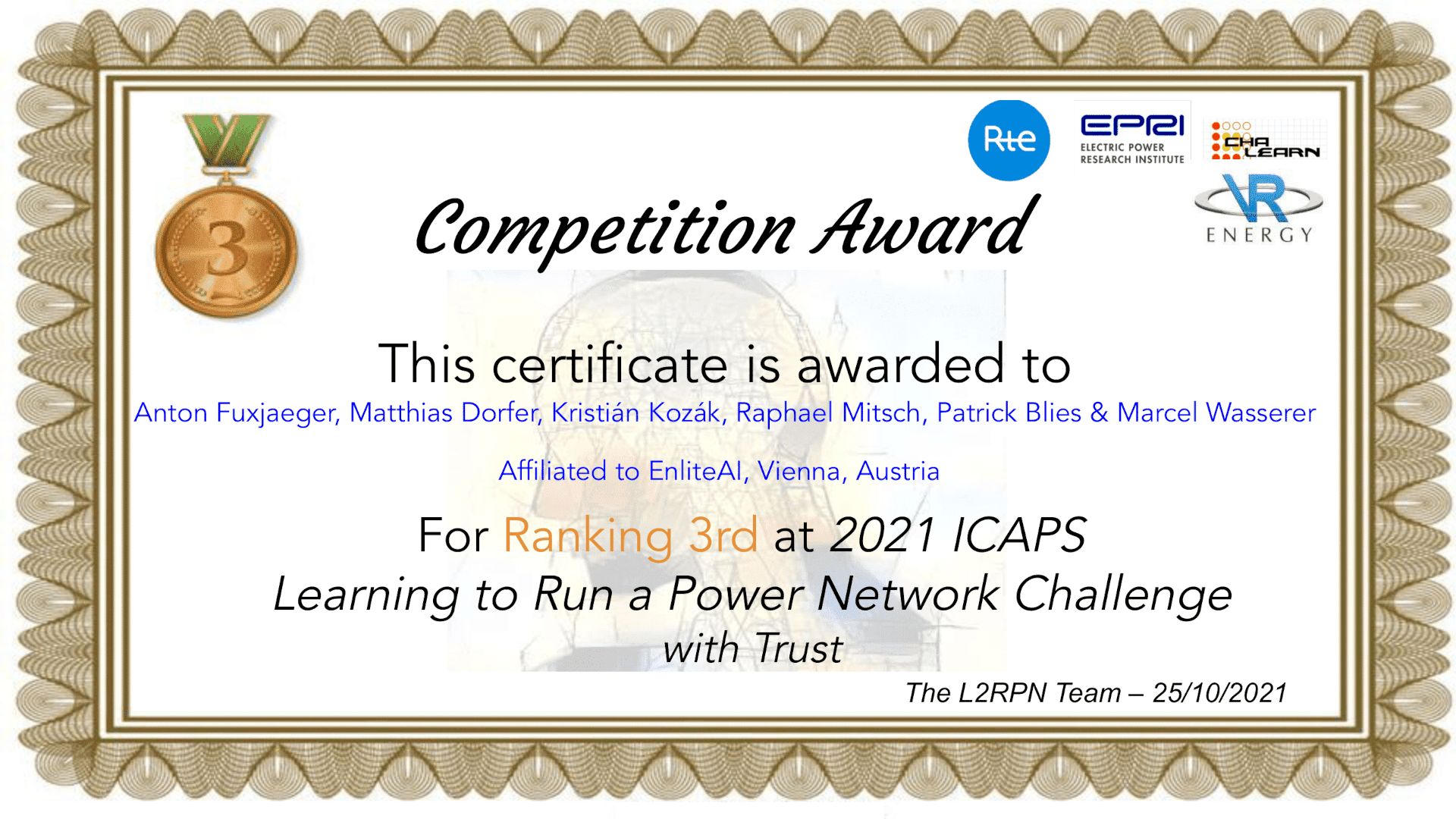 We are proud to announce that our Reinforcement Learning (RL) Team won 3rd place in the international L2RPN with Trust Competition co-organized with ICAPS2021. 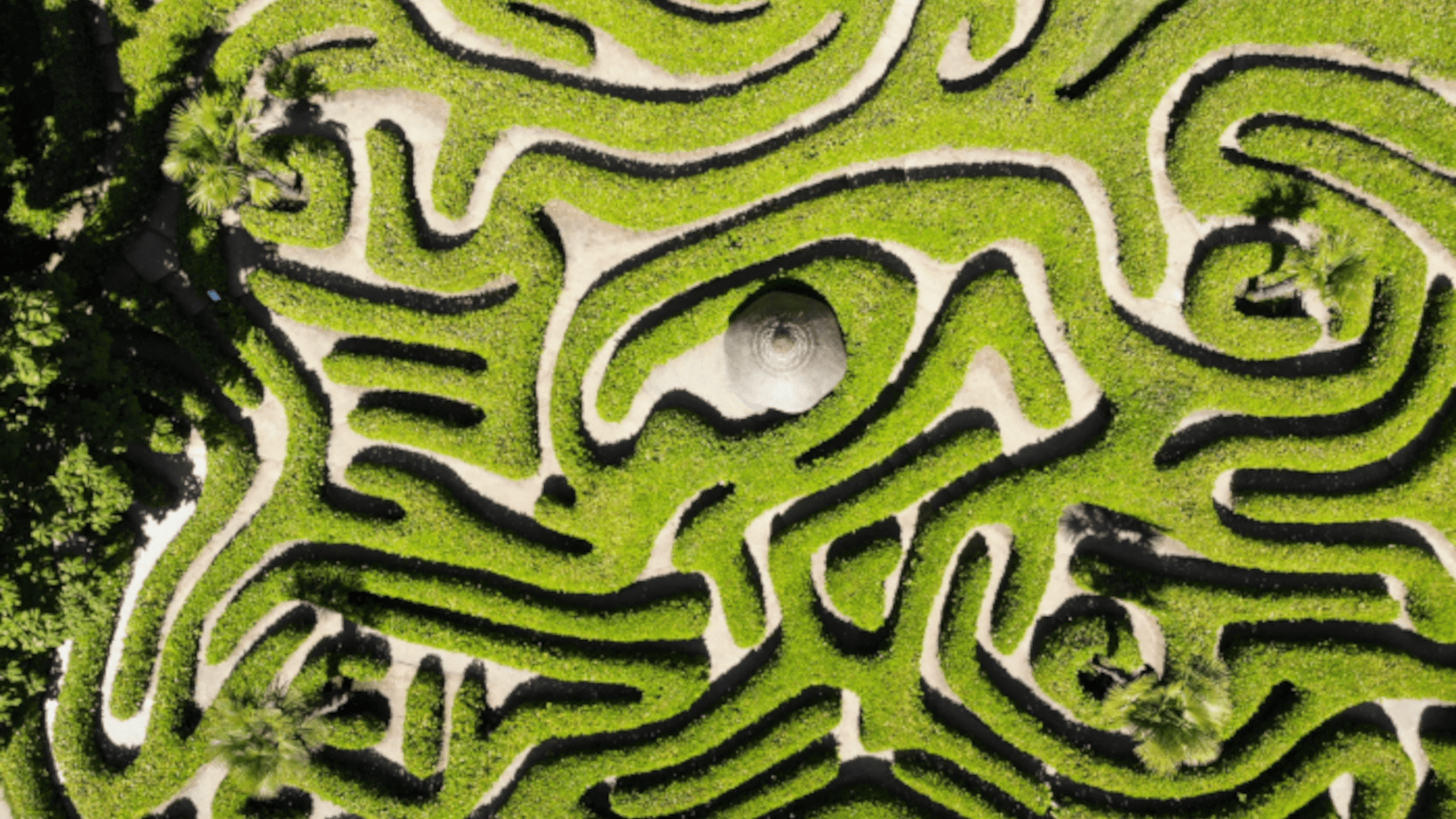 We are excited to announce Maze, a new framework for applied reinforcement learning (RL). 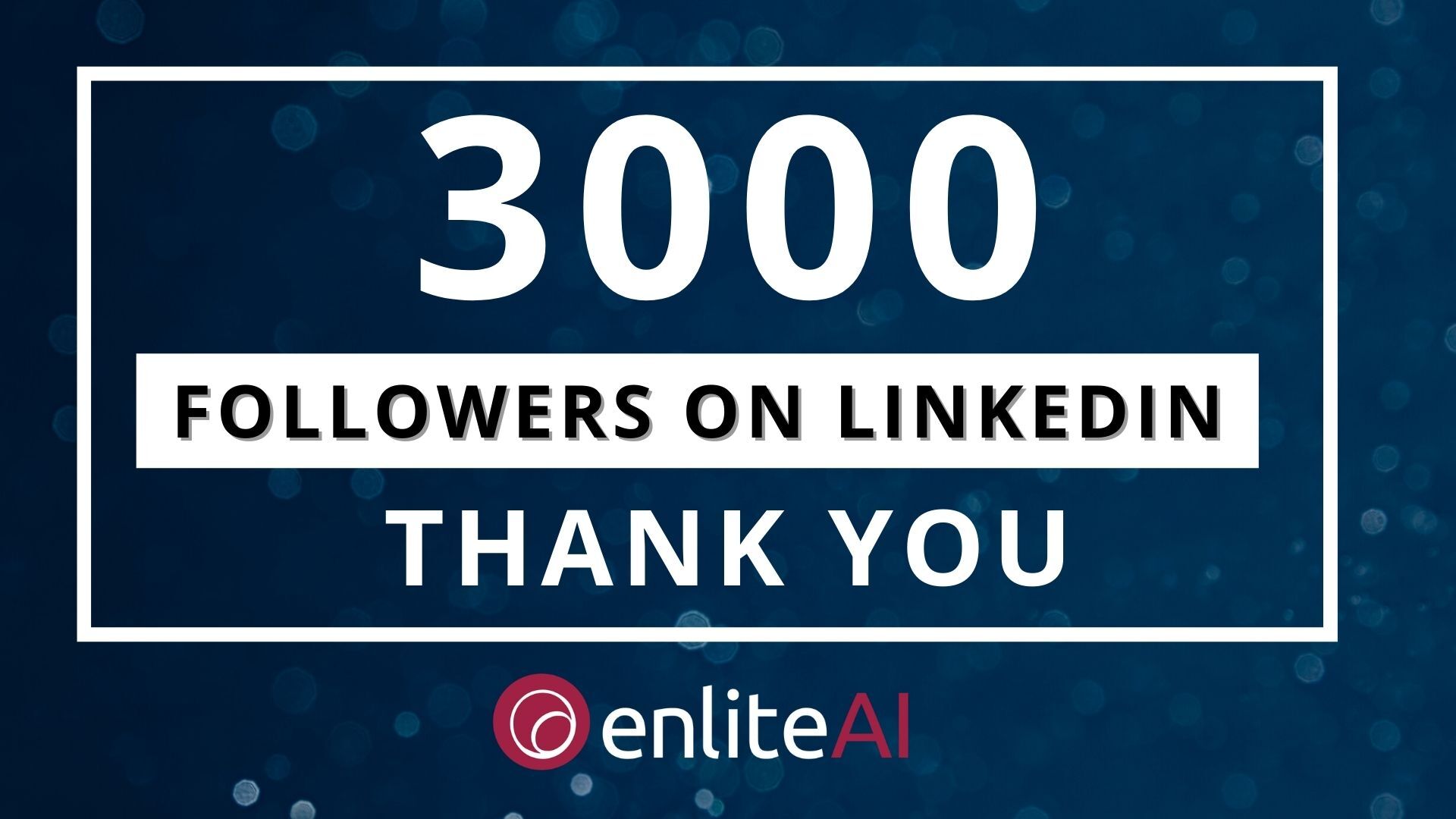 We are happy to have reached a milestone on our enliteAI LinkedIn Company Page.